From the only commercial mine in Australia which closed down more than 40 years ago.

After 40 years “in hybernation”, having basically been locked away and forgotten about during all those years, until now.

It was mined by a public company in the early/mid 1970’s and apparently is the only commercial Turquoise mine that has operated in Australia.

The mine was forced to close when approaching an Aboriginal sacred site.

All rough that the company had on hand when it seized mining, was purchased and stored away until it’s recent “discovery”.

Since having brought it out of storage, some of it has been cut into calibrated cabochons.

View samples of those cabs: HERE 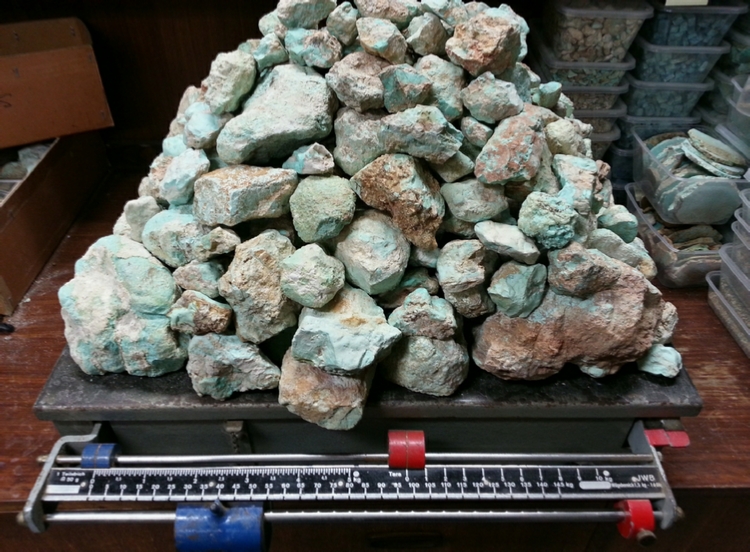 It is the remnant stock of a public company which was forced to close down in the 1970’s when it’s mining operation got too close to an Aboriginal Sacred Site.